Theres only one word that can sum up ilomilo… Odd… its an odd game, about an odd world with odd characters… its also odd that its just coming up to midnight and im not even remotely interested in giving up another level. Yes this is one addicitive little game.

But as i struggle pull away from the console i really do have to share my experience within the world of ilomilo.

The first thing you notice about this title is its quirky atmosphere. Clearly the developers have spent alot of time dreaming up a world that borders on child like with its simplicity, but within that lies a decptively tricky game. So you have these two characters call ilo and milo, they are Safkas and the best of friends. Each day they meet in the park to catch up, each night they head home. With every new day the park they meet at becomes jumbled up, so the task of meeting up becomes harder and harder each time.

As the controller its your task to guide ilo and milo to meet up thru a series of cube mazes. While you cant fall off these cube mazes you are allowed to interact with special cubes that create walkways, drag other cubes around or allow you to flip to one of the other sides of the cube. Yes this puzzle maze takes 3 dimensional puzzles to a new level.

Often you need to switch between the two characters as they combine to build the neseccary links for a reunion. However to add to the maze is all manner of collectables. Music, other smaller Safkas, pieces of pictures and memories all useful for moving thru the puzzles, gaining points and revealing a number of subplots. Its quirky man, and there are characters and twists everywhere.

There are multiplayer modes, where two can play as the sperate characters, however only one person has control of the game at any stage. This could be quite a social game, even involving more people around you as the puzzles become more and more difficult.

This title has family friendly addicition all over it. The music is whimsical, the artwork is beautiful and the characters are quirky, odd but somewhat friendly. I really would like to talk more about this, but seriously am enjoying it too much. Well worth the effort to download and definetly worth the small amount of money if your into challenging puzzles. 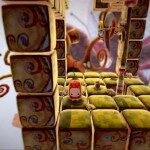 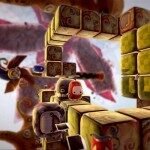 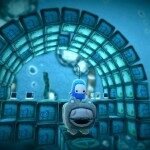 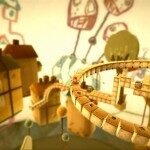 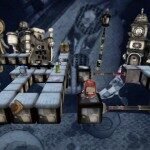 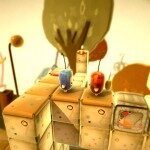