Time to line up those twenty cent pieces, its classic arcade time. And time is exactly what Zeit2 (Zeit Squared) is all about. What the team at Brightside have done is taken the typical right to left scrolling space shooter and added a couple of zings and gotchyas that will keep you wrestling for hours.

First and foremost is the time feature. During the game you accumulate time travel seconds, which allows you at the push of a button, to spin back in time. This is handy for tight spots and to add additional firepower to the screen, when you go back in time your previously fired shots are there. A bit to get your head around at first, but once master something of a game changer. And game changers are what you need, with wave after wave of aliens and boss fights that are more a test of luck than skill (at times).

The deal with these aliens is that they generally dont fight back, however when they pass you they steal your energy/health. So leaving too many of these guys past is going to cause you grief quite quickly. So it becomes a battle of kill off the big guys as fast as you can, and hope you get a chance to target the small guys.

“So .. Guns a blazing it is. Time to dust off that calosed thumb you got from high speed button bashing on the old Namco cabinets eh?”… Well.. no. Theres another catch. Everytime you fire your laser you churn through energy/health. So the game become quite a balance between choosing your battles and choosing conservation.

The good news is that the game does offer powerups for health and time travel, and these are desperately needed in boss fights. Its quick, simple and fun. Its probably not going to grab your attention for ever, but certainly one of those games to have at one side when you just need to chuck your brain into neutral.

This is one to defintely check out the demo for, certainly brought back memories of too many hours spent in Queen Street spacey arcades, however its not going to be for everyone. 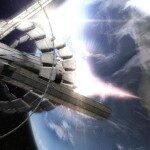 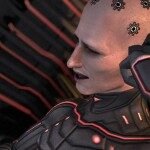 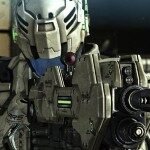 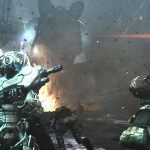 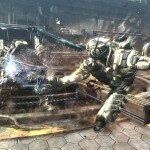 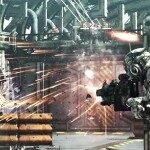 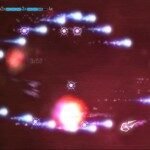 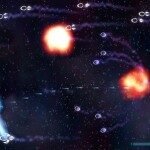