Read the rest of this entry »

“The first Mafia title was a critical success, and we are excited to deliver an epic sequel to fans of the game and of Mafia entertainment,” said Christoph Hartmann, president, 2K. “By offering a Collector’s Edition, special pre-order incentives and downloadable content for Mafia II, we are able to show our appreciation for those guys wise enough to reserve their copies early.”  Read the rest of this entry » 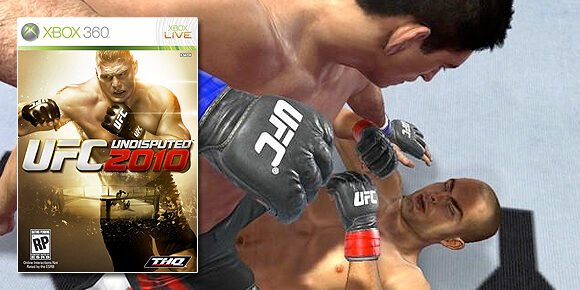 I wouldn’t have known what UFC was if it wasn’t for an American friend who introduced me to it via his iTunes TV collection. He wanted to show me this particulate knockout where the guy knocks his opponent out cold. So cold the due has to be carried off with his eyes firmly fixed in the back of his head. The only problem was that to get there we had to go through some of the wrestling type fights, which I had to control myself to stop me from laughing – half naked grown men rolling around on the floor in positions that wouldn’t look out of place in a porn flick. But once we got to the match that had the action in it, things heated up pretty damn quick, with a combination of kickboxing and street brawling, the fight was on. And then so very quickly over with a wicked hook to the face sending the guy sprawling. I wasn’t an instant fan, but I’d had a taste of some of the most brutal fighting ever.

So when UFC Undisputed 2010 arrived on my desk, my first thoughts were to the seriously gay looking wrestling – fortunately in career mode you get to customise your fighter and I went for a combination of street brawler and boxer – there was no way I was willingly going to cuddle a sweaty man on the floor.  Read the rest of this entry »

One of the most anticipated games of the year is making its worldwide debut this September. “Halo: Reach,” the blockbuster prequel to the best-selling video game franchise and hailed as the No. 1 game series of all time, will leave its mark on the entertainment landscape when it launches worldwide, starting September 14, 2010.

Developed exclusively for Xbox 360 by acclaimed studio Bungie, “Halo: Reach” drops players back into the iconic universe they love so they can experience the birth of the “Halo” legend. During the past 10 years, the “Halo” franchise has inspired multiple New York Times best-selling novels, comic books, action figures, apparel and more, and it has sold more than 34 million games worldwide to-date.

“‘Halo: Reach’ is the culmination of a decade of ‘Halo,’ a franchise that has become a global entertainment and pop-culture touchstone,” said Phil Spencer, corporate vice president of Microsoft Game Studios at Microsoft Corp. “Just as ‘Halo: Combat Evolved’ catalysed the success of the original Xbox to define a decade of entertainment, ‘Halo: Reach’ will push the boundaries for what’s possible in video games and help make 2010 the biggest year in Xbox history.”  Read the rest of this entry »

Sony have confirmed the return of its iconic first person shooter, Killzone, to PlayStation 3. Bringing back the trademark ferocious action on a grand scale, Killzone 3 is an explosive cinematic experience more intense than ever before. Loaded with more vehicles, explosive high powered weapons and a vicious close-combat system, resume the fight against a remorseless Helghast Army of colossal proportions. This is David vs. Goliath – if Goliath had thousands of troops and a thermonuclear arsenal.

The story begins where Killzone 2 left off, with Visari, the vicious Helghast dictator, lying dead at the feet of Special Forces soldiers Sev and Rico. The battle may have been won but the war is far from over. Visari’s death has left behind a world of political scheming, infighting and outright murder. Meanwhile his parting gift, a nuclear bomb detonated in Phyruss, the Helghan Capital, has decimated the ISA invasion force. With no re-enforcements and supplies quickly running out, you must now fight against ruthless Helghast war machine alone.  Read the rest of this entry »

It’s been heavily rumored for a while (in fact, SCEA president Jack Tretton even promised it back in March), and now it’s official: Guerrilla Games is indeed making Killzone 3, and the latest issue of GamePro is packed with tons of details on the latest installment in the FPS franchise.

These details come by way of a poster on the GameSpot UK forums, who pulled a number of juicy tidbits from GamePro’s preview. Evidently, Killzone 3 will add jetpacks to the gameplay, with the jetpacks described as “surprisingly lightweight and agile” and “easier to maneuver compared to the sluggish incarnations of the gadget found in other games.” The enemy will one again be the Helghast, although Killzone 3 will show they still “have humanity left in them.”

The setting wasn’t specified very much, although Killzone 3 will apparently have arctic levels, and they’re going for a feeling of “being in a place far away from home, outnumbered by people who want to kill you.” The game is also described as being “like Inglourious Basterds”…whatever that means. And unsurprisingly, Killzone 3 will have to option to play it in stereoscopic 3D, with the effects touted as a “game changer” (you will, of course, need a 3D-capable TV for the effects to work, though). – 1up

Maybe I’m just jaded after all the hype of Modern Warfare 2 and the huge let down the single player campaign was, but I’m still not convinced that Treyarch is going a deliver a game worth laying down $130 for. The heavy handed ‘A lie is a lie’ voice over doesn’t help, and nor does their lame logo popping up mid way through – great way to ruin the whole feel of the trailer. The main thing for me however, is that I’ll still be playing MW2 when it gets released, and will have spent all my game buying money of the hundreds of map packs that will no doubt get released over the next few months. 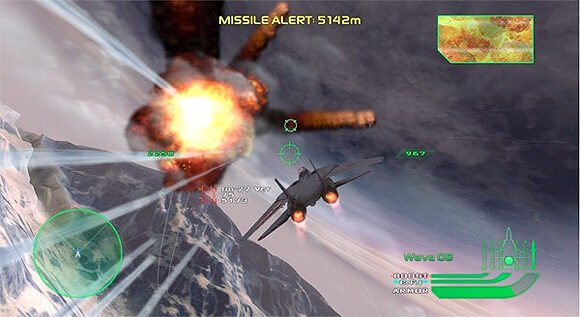 Paramount Digital Entertainment has announced that it is to release a game based on the 1986 Tony Scott-directed action film Top Gun for PS3, PC and Mac this summer. Based directly on the plot of the film, which famously starred Tom Cruise as “Maverick” and Val Kilmer as “Iceman” in competition at a “Top Gun” academy for gifted Navy pilots, Top Gun is to feature writing from Jack Epps, Jr., the original screenwriter, to “expand beyond the film’s plot and create all-new story elements and dialogue with the film’s iconic characters.”

As well as a campaign mode where players take the role of Maverick, the game is to feature a “Horde” mode in which players can’t “let [their] ego write checks [their] body can’t cash,” with endless waves of enemies, and five online multiplayer modes for up to sixteen players: Deathmatch, Team Deathmatch, Top Gun, Bombing Run and Capture the Flag.

Whilst you wait to live out your childhood fantasies of playing Tom Cruise’s character, don’t forget that you have a once in a lifetime chance to see Top Gun on the big screen one more time. Check out this post for more details.

To celebrate the 30th anniversary of The Empire Strikes Back, LucasArts is exploring new money making opportunities in the form of Xbox Live Avatar gear. Lightsabers, mini-Tauntauns, novelty Yoda hats… it’s all here! Even Bossk gets some love.

The following Avatar items, including that somewhat creepy-looking Chewbacca outfit, will be available on Xbox Live starting Thursday, May 20th, the day before Empire turns 30. – kotaku