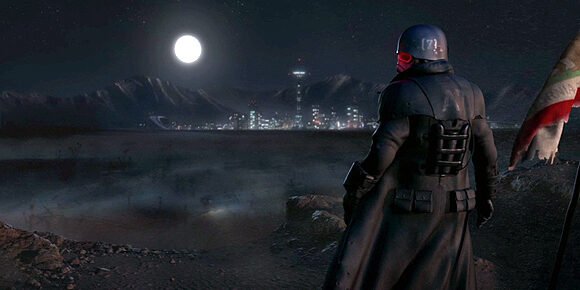 Where Fallout 3 is involved, the idea of “more of the same” is never a bad thing, especially when we’re still playing the game a year and a half after its 2008 debut. Fortunately, Fallout: New Vegas, due this fall, is more than more of the same. Here’s how.

Picking up three years after the events that played out in Fallout 3’s Capital Wasteland, this full sequel casts players a courier left for dead in Nevada’s Mojave Wasteland. As such, players will have the option to select their character’s age during the initial creation (or, in this case, re-creation) process, in addition to choosing their starting S.P.E.C.I.A.L. stats. While they might not be a vault dweller, the game finds a way of outfitting them with the familiar Pip-Boy 3000 wearable computer.

The plot unfolds across a variety of high desert locales, from the New Vegas strip to the Hoover Dam and settlements beyond. The Mojave Wasteland is filled with things that want to kill you — new and returning alike — so you’ll luckily have a refined combat system and expanded arsenal at your disposal. The V.A.T.S. targeting system from Fallout 3 returns more or less unaltered, save for new special move commands that should make melee fighting fans happy.

Speaking of making people happy — New Vegas sees the return of the karma system from its predecessor, joined by the tracking of your character’s reputation among the populace and various factions, including the Brotherhood of Steel, the New California Republic and Caesar’s Legion. Depending on your standing with these groups, they’ll do everything from ordering hits on you to treating you like royalty when you visit them. Companion characters are also back, though this time you’ll have a new “companion wheel” you can use to quickly issue them a wide variety of orders, manage their inventory and more.

In addition to being twice as large as Fallout 3’s, the arsenal in New Vegas consists of fully customizable weapons, with various mods to be bought and found on your adventures. These will include everything from special ammunition to larger-capacity clips, scopes and more. If new weapons such as a grenade machine gun and a golf club are anything to go by, there’ll be a lot of new, outlandish and highly desirable armaments to acquire. Also, in an effort to make the game more FPS-player-friendly, you’ll now be able to do a proper zoom aim down the sights of all weapons. The non-V.A.T.S. combat presentation has been enhanced with dramatic slow-mo as well, which can be turned off should it get to be too much.

Perhaps the biggest addition to the sequel from a returning player’s perspective is the Hardcore Mode. Playing the game this way will make it considerably more realistic and, with that, more difficult. If you choose to go this route, you’ll need to take a lot more into consideration, including ammo weight, dehydration, hunger and the fact that stimpacks won’t immediately restore your health. also, for more serious head and limb injuries, you’ll need to visit a doctor. – joystiq