It’s been seven years since Fallout 3, the only Fallout game developed by Bethesda Game Studios so far. Fallout: New Vegas, released in 2010, was created by Obsidian Games. Over the past few years, people have been going nuts in anticipation for Bethesda’s next game, which we all assumed would be Fallout 4. Now, it’s official. After shipping The Elder Scrolls V: Skyrim in 2011, Bethesda Game Studios moved on to the next Fallout.

Bethesda is promising that we’ll see more during their E3 press conference, probably a lengthy gameplay demo as well as an official release window. (I’m seriously picking a Christmas 2015 release.)

In December 2013, Kotaku reported that Fallout 4 was real and set in Boston. A year and a half later, and it’s been confirmed.

Interesting notes on the Trailer

Much of the trailer jumps between before and after the apocalypse, suggesting we’ll get a better look at the world before the bombs dropped.

It’d be interesting if Bethesda let us play through those final moments, potentially entering Vault 111 as one character and emerging as another (a descendant, perhaps?) Keep reading below the gallery… 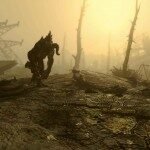 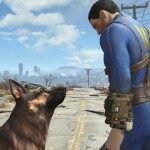 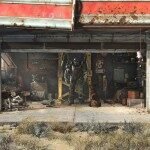 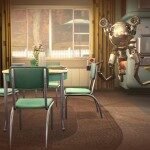 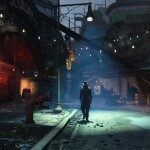 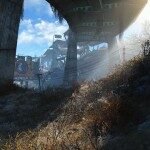 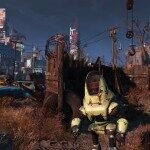 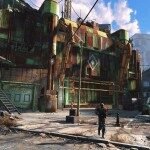 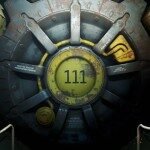 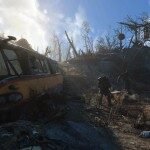 There’s plenty to see in the way of vistas and characters, including Protectron (or a newer version of it) which makes a cameo in an industrial setting. Friend? Foe? Who knows, but it’s got its little blaster aimed right at you.

And then – oh God – Deathclaw, everyone’s most feared opponent, is back and ready to troll you hard.

At the end of the trailer the vault dweller does the unthinkable and actually speaks with a “Let’s go, pal” to his dog. Well, we’re pretty sure it’s him – we don’t see his lips move – and not the dog.

Giving a voice to the main character really isn’t something we expected Bethesda to do, but could be an interesting development.

The trailer opens with the familiar four bars of The Ink Spots, this time going into It’s All Over But The Crying.

Expect Fallout 4 to continue the trend of borrowing vintage sounds from 1940s America. We also expect Galaxy News Radio anchor Three Dog to make a return after the voice actor dropped several hints on Twitter. If you look at the 2 minute mark, you’ll see a GNN logo – Galaxy News Network?

We can expect that the usual enemies will populate this post-apocalyptic world, though we’re hoping that Bloaflies were left on the cutting-room floor this time.

Judging from the looks of this trailer, Ghouls, those zombie-looking humanoids, will be back, but with some new traits that make them scarier than ever. They run terrifyingly fast, pushing objects out of their paths and look to be suited with armour.

There is even a hint of fully customisable armour and weapons. In the garage scene we see a suit of armour that looks like it is being worked on, and there is a work bench to the side, and outside a gun that looks like it may have been cobbled together from parts.