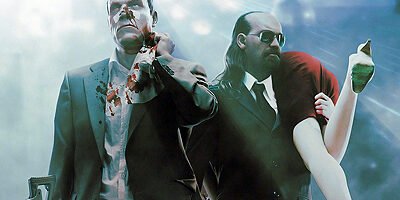 Kane & Lynch picked up a lot of early buzz, as a third-person perspective shoot em up, it was going to be a little different from the usual run of first person shooters. Add in the game play that sounded like a string on bank heists, and you had some eager anticipation.

The storyline however turned out to be a little different. Starting out as a chance at redemption, this violent shooter turns into a revenge fest that puts you on the trail of not only stolen money, but also pits you against the crime syndicate you used to work for.

Teamed up with an unlikely ally, You play Kane, a flawed mercenary partnering up with a medicate psychopath, Lynch. It’s an interesting parring that drives the storyline well.   Read the rest of this entry »