Pre-release demos have become de rigueur in this modern age of downloadable content, but one of the biggest games of the year will be forgoing the seemingly standard process: Infinity Ward has tweeted a message saying they won’t release a demo for Call of Duty: Modern Warfare 2 before its November 10 release, no doubt to the disappointed of thousands of very impatient gamers.

“No plan for a Demo before launch. The entire team is focused on polish all the way up to ship of the full game,” reads the Twitter message. It’s a complete 180 from Infinity Ward’s approach with the original Modern Warfare in 2007, which not only had a single player demo but an extensive multiplayer beta months before it’s release as well — which surely contributed to building tons of hype for the game leading up to its launch.

Of course, building hype is one area where Modern Warfare 2 needs no help (well, maybe in Japan…), as it’s probably one of the few games that can afford to skip a demo and still make a bajillion dollars in the lucrative lead up to Christmas. [1up] 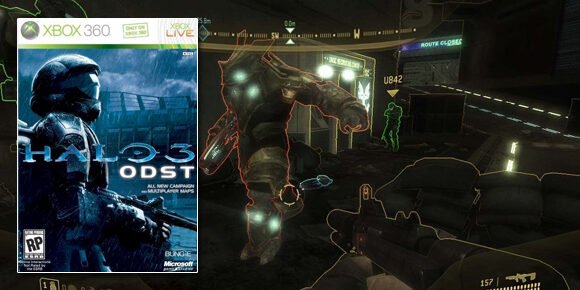 I think it’s fair to say up front that I’m not a big Halo fan. I’m not a hater either; I’ve just never got into Halo as much as some other FPS. I think I prefer my games (and I know I’m going to get mocked for saying this) to be grounded in some degree of reality. If it’s a FPS, I want to be using a gun that actually exists, even if it’s not in general use quite yet. I really would rather have an obsolete World War 2 rifle than a plasma gun any day. If it’ a racing game I don’t want to be able to bounce off walls with on damage – there has to be consequences.  Read the rest of this entry » 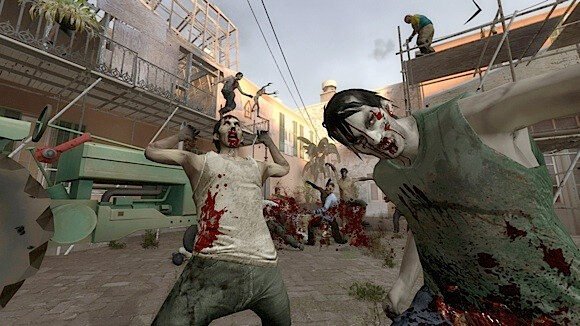 As previously reported, Australia’s Office of Film and Literature Classification recently refused to assign a rating to Left 4 Dead 2. By doing this, the game has essentially been banned down under – although it’s not as if the game is simply too violent for an adults-only type rating. The highest rating the OFLC can hand out is a 15+ and, unfortunately, they decided the “unrelenting violence,” “graphic depictions of blood and gore,” and “frequent and intense depictions of violence” in L4D2 wasn’t appropriate for 15 year olds. According to the OFLC’s report, a minority wanted the game to be issued the same rating that the original Left 4 Dead received, “an MA 15+ classification with the customer advice of strong violence.”  Read the rest of this entry » 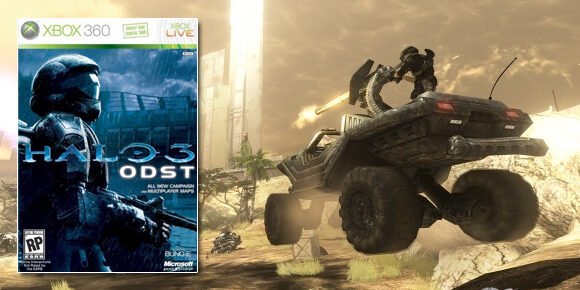 How do you start a review for what Microsoft would likely call ‘One of the most anticipated games of the year’, a game which got a name change and went from being a stand alone expansion to a full retail game not to mention a halo game without a halo, mention of a halo and indeed no Master Chief. Probably with a big sigh and a gritting of teeth.  Read the rest of this entry »

It has been a series of premature marketing announcements for Sony over the past year on the GT5 Front.

No one outside of Polophony Digital and Sony are saying exactly why the promised realease of GT5 has been consistently delayed, however according to Kazunori Yamauchi at the TGS press conference Japanese Playstation owners will be seeing GT5 in the stores around March 2010.

Maybe they have had internal development issues, or perhaps at various previews they have recieved feedback about things that didnt work well. Or perhaps the workload of releasing GT for the PSP/PSPGo platforms has delayed the release.

Either which way I think most Playstation fans hope this recent announcement is the definitive release answer for  the platforms premiere car simulation package.

Sony Computer Entertainment today announced that it will release new Motion Controller for PlayStation3 computer entertainment system in Spring 2010. The new controller, equipped with high-precision, highly accurate motion sensors, can deliver whole new entertainment experience on PS3 when combined together with the PlayStation Eye camera. Capable of recognizing and tracking a user’s face and voice as well as body motion, PlayStation Eye can also output the player’s image onto the TV screen. SCE will vigorously promote the expansion of this new experience only possible on the PS3 platform.
The newly announced Motion Controller is equipped with two motion sensors, three axes gyroscope and three axes accelerometer that can detect the controller’s angle and movement held in the user’s hand. Together with the PlayStation Eye camera for PS3 which can accurately track the absolute position of the controller, the controller can detect the natural and intuitive movement of the hand and reflect the precise movement on to the game.   Read the rest of this entry »

Xbox 360 today announced widespread enthusiasm from the world’s leading video-game publishers for “Project Natal,” a whole new way to play— no controller required. Developers across the globe have embraced the technology and have begun work on titles that will deliver extraordinary entertainment experiences for everyone to enjoy. Coming just three months after “Project Natal” was unveiled at E3, the announcements at the Tokyo Game Show underscore the swift industry support for the revolutionary controller-free experiences being developed exclusively for Xbox 360, the premier games and entertainment system.
Among the elite publishers actively working on games for “Project Natal” are Activision Blizzard, Bethesda Softworks, CAPCOM, Disney Interactive, Electronic Arts, Konami, MTV Games, Namco Bandai, Sega, Square Enix, THQ Inc. and Ubisoft. Together, these publishers account for more than 70 percent of third-party software sales for this generation of console and most of the world’s most recognised video game franchises.  Read the rest of this entry »

HBO’s hilarious Flight of the Conchords lost out to 30 Rock for best comedy in this year’s Emmy Awards, but Rock Band fans may be coming out winners in the end; the folk-rock duo have proclaimed that they’ll soon be bringing three tracks to Harmonix’ rhythm game.

Kotaku noticed the casual mention of Rock Band DLC during a red carpet interview at last weekend’s awards ceremony. After some delightfully uncomfortable banter between TV Guide host Chris Harrison and the band’s Bret McKenzie and Jermaine Clement, a trio of Flight of the Conchords songs were promised for Rock Band. Neither of the performers seemed to have any specifics, however, and Harmonix has yet to officially confirm the announcement.

Songs like “Business Time” and “Robots” seem totally ripe for a little plastic rock action. Which tracks would you like to see from a Flight of the Conchords three-pack? [1up]